Identification:  Bulls are black and cows are mainly brown but occasionally black.  Vertical white lines on the face, white tummy, white inner thighs and buttocks.  Both sexes have horns.  Size:  Shoulder height 135cm.  Weight - 230kg.  Habits:  Groups of up to 200.  Territorial.  They sometimes fight to death to protect territories.  There is one or two dominant cows in a herd.  They graze in the mornings and afternoons and rest in the shade during midday.  They are selective grazers and prefer grass of medium length. Calve from January to March.  Distribution: Kenya, Tanzania, Malawi, Zambia, Zimbabwe, Mozambique, Botswana, South Africa.  The Sable antelope is one of the flagship wildlife species in Africa.  They have a calving interval of 11 months. The Sable is a selective grazer and is easy to farm with in a suitable habitat.  The prices of Sable have soared since the Malawi imporation of 1991.  We offer excellent genetics at Mattanu with a herd that consists of Malawi, Zimbabwe and Zambian bloodlines.  We have recently introduced Andrew, a new Sable bull with great potential and his father is the well know sable bull “Piet” , with a hornlength of 53.5 inches. 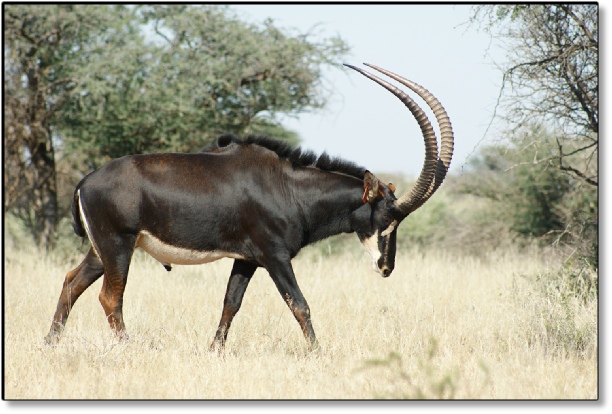 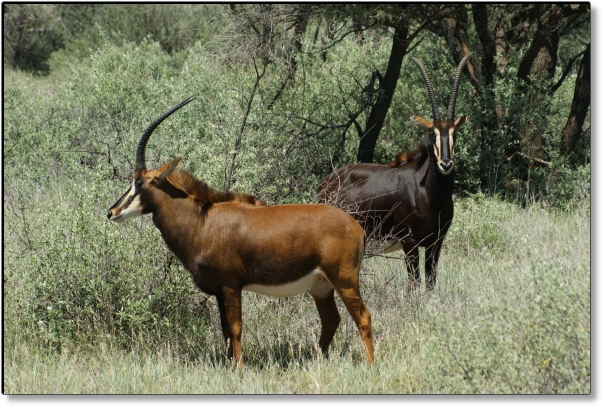